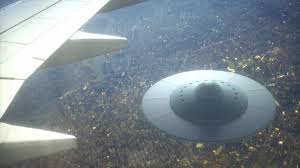 This post elaborates on some of the themes from Episode Five: Pentagon UAV Investigations…..

As I see it, we Americans (and probably also other nationals) do not do a very good job of thinking critically about the UAV “phenomenon” (as it is called in the recent Jamie Fox documentary). We tend to limit ourselves to a couple possible stories:

The dichotomization here is as strong as it is irrational. To borrow a line from Steve Martin, “at this point you are probably thinking I’m either a genius or an ax murderer – but why not both?” When it comes to UAVs we really ought to begin by asking ourselves why we feel compelled to force a binary one-dimensional frame onto a Phenomenon that so often presents itself as being literally from dimensions beyond the three to four we’re comfortable with. Hold onto your butts, because this where things start to get weird:

Let’s begin with old fashioned “low” or vulgar weirdness: could the New York Times, and possibly also many members of the U.S. Navy, have been duped by a Pentagon disinformation project? As Chris and I discussed in episode five, there are some reasons for doubting the bonafides of Luis Elizondo, who claims he used to be director of the Advanced Aerospace Identification Program. There is also this Eric W. Davis and his eclectic set of research interests. As discussed in the show, Dr. Davis has worked on psychic teleportation among other ‘far out’ research topics. Something does not quite sit right here. Is it so unlikely that the Pentagon may be totally flabberghasted by UAVs – clueless, spooked, and maybe a bit scared? Could the Pentagon be so scared that they think the best course of action is to strongly and falsely imply they know more than they’re letting on? I don’t see why this possibility is any crazier than “Aliens!”

As I see it, here is a very non-comprehensive list of the possible ways the Pentagon situation could be a disinformation campaign of some kind:

1.) The Pentagon could be smoking out those of their employees who cannot keep their big mouths shut. Perhaps they make everyone who gets to a certain level of access sit down and watch a fictional briefing about Area 51 and Roswell. The briefing would be presented as real. Pentagon officials in the know would say “and you can’t tell ANYBODY!”  They would do this knowing that some people can’t keep a secret. Those fools who blab would get their security clearance revoked. Or worse, they would end up  “shadow banned” by the Pentagon. That is, they might no longer have a job but they be the last ones to know it. They might show up day-after-day to an empty office. Their supervisor stops checking in. They receive endless, meaningless paperwork. When they go to the Pentagon archives and request classified files all they ever get back is gibberish. Gradually their work life degrades into a kind of kafkasque nightmare that gradually drives them further away from consensus reality. The more isolated and mistreated they are at work, the more their resentment and dysfunctionality grows. The more their dysfunctionality grows, the less plausible their stories are. This way any good intelligence they leak is already discredited.

2.) The Pentagon could have just a smidgen of UFO info and be trying to smoke out or spook foreign adversaries. The growing drip of leaks about crashed UAVs and “metal alloys” is their way of hinting “oh we have crashed vehicles and we are studying them because whoever back-engineers this stuff first will have a big tactical advantage in combat.” The thought here is that they don’t want the Chinese or Russians to feel too confident about their secret crashed UFO projects. If you don’t have a secret alien super-weapon, and you think your adversary does, then your best move is to bluff.

3.) They are planning a massive UFO-related Psyop against China or Russia and they want to seed the world with this idea that UFOs are real. New York Times Journalist, Leslie Kean, has suggested in her prior book “UFOs” that the Roswell crash was a Sovier psyop. I wouldn’t put this past our governments.

4.) They are trying to cover-up a secret Pentagon research program by conflating true info about UAVs with total BS garbage data. I think this is probably the most plausible theory. Here the idea is: the government actually has some kind of next-generation drone and they’ve been testing it on their own naval forces. When aircrew leak stories about it, they obfuscate those stories by spinning massive balls of yarn around the topic. [note: an important dimension of this story. Why is Cmdr. David Fravor so prominent in news and podcast sources? And why does he always fail to note that the UAV we see in the declassified Pentagon photos is not behaving like the UAV he describes in his interviews? How many of us (myself included) have failed to notice that Cmdr. Fravor’s close-encounter with an UAV is not the same incident that ended up on video tape? (I want to thank David Beatty for making the gap between what Cmdr. Fravor reports and what ended up on video tape apparent to me) ]

This post is a survey of some of the rabbit holes you can go down once you throw off the shackles of the binary opposition: lying/stupid/crazy OR aliens. But what of it?  What is the relevance of confronting this laundry list of freaky possibilities?

Just this: when we acquiesce to the way our civilization frames the possibility space, we surrender precious, sacred, ground in the space of possibilities. This mindset of either/or is the mindset that has given rise to the terrible divisiveness of the American polity – that two-dimensionalism that compels people to turn on each other (“he’s a Trump supporter! And therefore stupid” or “you sound like democrats! Get out of here.”).  You see, I don’t think it really matters if UAVs are aliens or demons or little green gremlins who hijacked predator drones – there are enough mysteries in our universe that I am confident that my mind will be continually blown on a regular basis so long as I keep paying attention. What I think matters about the UAV story and this Pentagon/UAV story in particular, is that it is a non-political example of how we fail to see the space of possibilities for what it is. It isn’t a constrained binary space. It’s a multi-dimensional vector. Once you realize that you can step out of this socially constructed bullshit, that tells us we have to be in one camp or the other. And once you start to do that – you become truly free.

Kloor K., “The Media Loves This Expert Who Says He Worked For An Obscure Pentagon Program. Did He?” The Intercept ACCESSED: 10/10/2020

West, Mick, “Debunked: Debunked: Pentagon has Evidence of “Off-World Vehicles Not Made on this Earth.” Metabunk.org ACCESSED: 10/12/2020